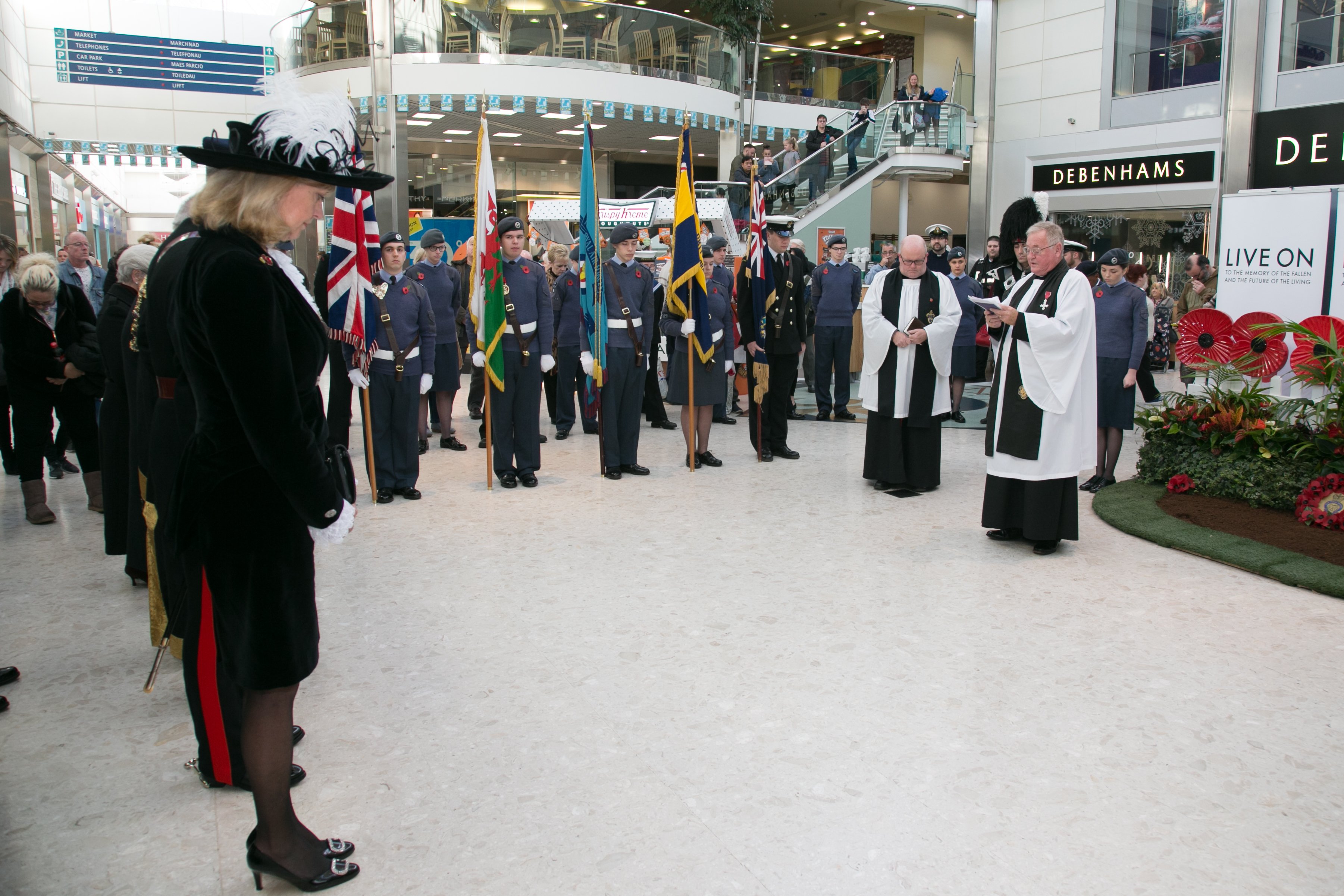 Swansea shoppers will have the opportunity to mark this year’s Remembrance Day, as Quadrant Shopping honours heroism with a dedicated Poppy Week.

In honour of this significant day, the centre is welcoming its very own ‘Garden of Remembrance’ so that members of the general public will be able to pay their own personal respects, with a small cross they can place in the garden.

A special ceremony will be taking place on Monday 30 October to open this symbolic tribute – which honours all those service men and women who’ve given their lives to secure freedom for future generations.

Lord Lieutenant of West Glamorgan, Bryon Lewis, High Sheriff of West Glamorgan, Louise Fleet, and the Lord Mayor of Swansea, Councillor Phillip Downing will all be in attendance. Local children from Swansea’s performing arts school, Dancerama will also be commemorating the Garden of Remembrance with an inspiring and poignant performance.

Philip Flower, Community Fund Raiser for South West Wales and organiser of the event, said: “The Garden of Remembrance is a chance for people from across the community to come together to remember and give thanks to those whose lives have been lost in defending our country’s freedom.”

Throughout the week there will also be performances from a variety of bands, including the Swansea Pipe Band, 215 Sqn Military Band, City of Swansea Concert Band and much more. All will be helping to raise money and awareness for the Royal British Legion’s Poppy Appeal as well as a dedicated poppy tent stationed in Quadrant Shopping throughout the week.

Phil continued: “Last year we raised £6,500 which was a huge amount and thanks to the outstanding support from Quadrant Shopping as well as the very generous donations from its customers we hope to raise even more.”

The poppy has come to represent remembrance and hope after blooming on the battlefields of northern Europe during the First World War despite the destruction. This resilient life force, which grew in the most difficult of circumstances, now connects the poppy with the message of courage and resilience.

Lisa Hartley, Quadrant Shopping Centre Manager, said she was privileged to have the Garden of Remembrance taking place in the shopping centre. She said: “To be able to offer visitors a place in which they can come together in respect for our fallen soldiers is a great honour. And this is just not a time to reflect but a time to celebrate and what better way to do this than with a host of musical talent at the centre. Shoppers will be able to enjoy a collection of different performances over the course of the week all of which is raising money for a great cause.”

“We will also be observing the two minutes silence on Armistice Day on 11th November which is always a very humbling moment.”

Members of the public are invited to the opening ceremony of the Garden of Remembrance which is taking place on Monday 30 October at 10am. The garden will be open every day from 9am to 6pm until Sunday 5 November. Throughout the week there will also be the opportunity to buy poppies from the dedicated poppy stand which will be erected in Centre Square.

For all information on Poppy Week and other events taking place at Quadrant Shopping Centre please go to www.quadrantshoppiong.co.uk.