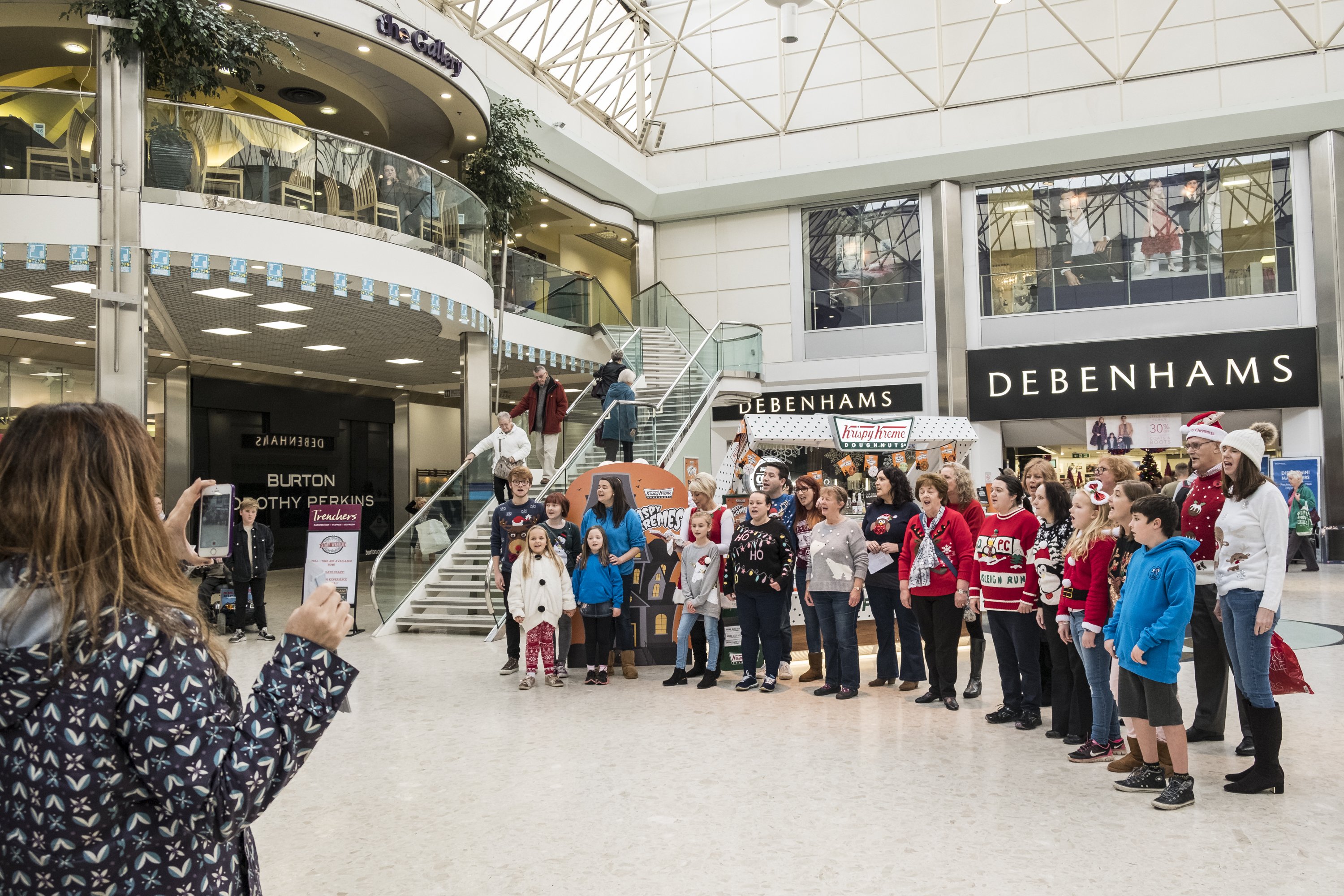 Swansea shoppers were treated to a dazzling display at the weekend, when a flash mob hit Centre Square performing a medley of songs from ‘A Christmas Carol – The Musical’ which is due to open at the city’s Grand Theatre.

Customers were left mesmerised by a 10-minute taster of this seasonal story, which officially opens on Wednesday 22 November running until 25 November. Cast members entertained the crowds with an assortment of singing and dancing highlights from the show.

Catherine van Wyk, Vice Chair of Abbey Players, said: “We were absolutely thrilled with the reception we received from the general public. Everyone watching was totally enthralled and really got behind the actors’ performance; the interest we received afterwards regarding the show was overwhelming and I’m sure this year’s production will prove even more popular.’

Produced by local theatre company Abbey Players, this Dickens classic will bring all the Christmas charm that everyone expects at this time of year. It encompasses the traditional tale of Ebenezer Scrooge, who is visited by three ghosts on Christmas Eve and set to music, beautifully written to capture the essence of this magical tale.

Lisa Hartley, Quadrant Shopping Centre Manager, said: “This was a real treat for centre visitors, it had everybody transfixed by this incredible demonstration of what promises to be another excellent Dicken’s classic.

“Swansea is fortunate to have such a wonderful venue as the Grand Theatre which hosts so many fantastic shows throughout the year as well as showcasing outstanding local talent. After such a mesmerising performance given in the centre I know the team here are all really excited to see the musical from start to finish.”

The full production of ‘A Christmas Carol – The Musical’ is taking place at Swansea’s Grand Theatre running from Wednesday 22 November to Saturday 25 November. Tickets are now available and can be purchased by calling the Grand Theatre Box Office on 01792 475715 or ordering them online via its website.

For all events taking place at Quadrant Shopping Centre please go to www.quadrantshopping.co.uk